- April 05, 2019
Today we visited the town of Świnice Warckie where St. Faustina was born and received her baptism.

The church was fairly new and had the most interesting tabernacle shaped like a globe. It made me think of the first line of St. John Paul II's first encyclical, Redemptor Hominis, "The Redeemer of man, Jesus Christ, is the center of the universe and of history." What beautiful words to begin his pontificate!

Our pilgrimage guide translated a presentation about the features of the church from a Slovakian nun who is a member of the Congregation of Our Lady of Mercy. We then celebrated Mass and headed to the home where St. Faustina and her 9 siblings were born. It was a very small house and it is hard to imagine so many people living in such a small space. There was only one bed so most of the family had to sleep on the floor each night.

After our brief tour of the Kowalska house (a common name in Polish like "Smith" in English) we traveled to the city of Czestochowa. The ride was a little bumpy and our pilgrimage guide kept apologizing for the condition of the roads. (They really weren't that bad.) We stopped along the way for lunch at a gas station which had a small restaurant attached. They had exercise equipment for tired drivers which I have a photo of below. What a great idea! At first we all thought it was a children's playground until we saw a man go over and start using the equipment. Maybe if we had this kind of set-up in the United States it would help curb driving while drowsy.

We arrived in the afternoon at Czestochowa and checked into our motel room. Some of the guests walked over to the nearby Basilica of Our Lady of Czestochowa, but I stayed in my room and rested. After dinner I went over to the Basilica and joined in a prayer service in the chapel of Our Lady of Czestochowa. Of course, I didn't understand anything with the exception of recognizing a version of the Ave Maria in Latin that a children's choir sang. It was very crowded in the chapel and I got to go up to the side of the icon but wasn't able to see it. We will be returning tomorrow for Mass in one of the side chapels. There were many young people at the prayer service which was very encouraging given the low participation rates in the Church in other European countries. Several of the pilgrims made comments about this on the walk back to the motel.

After Mass tomorrow we will be visiting the Auschwitz Concentration Camp. It will be a short visit as it is incredibly busy but I have no doubt it will be emotional and difficult. It is hard to wrap my mind around the intense suffering and evil that took place there.

I saw on the news that it is the 25th anniversary of the Rwandan Massacre and there was a story about the government putting Hutu and Tutsi people together in villages to learn how to work together and experience the grace of reconciliation. That was sure a hopeful story to see before our visit to Auschwitz. I remember the sign in front of the Dachau Concentration Camp I visited in 1999 with my parents which said, "Those who don't study history are condemned to repeat it."

It is very nice to have such a small pilgrimage group. Everyone is getting along well and respecting the timeline each day. Thanks for your prayers. I will post another update tomorrow.

Here are the photos from the day including a photo of the beautiful sunrise this morning from my motel window in Czestochowa. 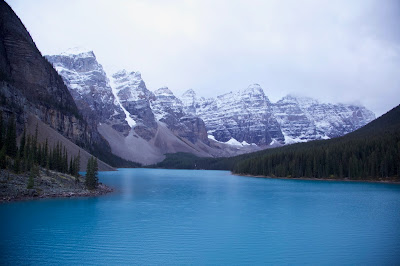 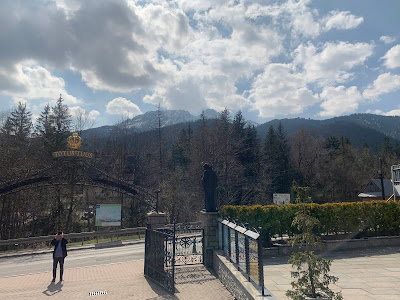